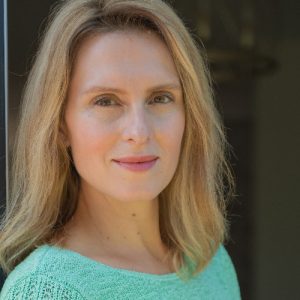 Lizzie Alberga has more than 13 years of business, operations and marketing experience and a record of receiving career advancement/promotions almost every year since graduating from college, including four times during organizational shifts or management changes.

Alberga graduated from University of California, Irvine with a BA in Economics and is a wife, executive, mother to three beautiful children and a speaker/evangelist on women’s leadership advancement and self-confidence development. In 2014, Alberga spoke at the Mattel Women’s Conference regarding “Having it All”: climbing the corporate ladder while living your life. On January 1, 2014, she founded The Gorgeous Project, a social media passion project to help spread positivity and encouragement through daily inspiration: Facebook @thegorgproj

Most recently, Alberga was the vice president of marketing and brand at Evite and oversaw all marketing as well as invitation design and content development/strategy for Evite and its premium platform. In this capacity, Alberga also lead the development and execution of branded content advertising campaigns and launched first-to-market campaigns for top brands including BevMo!, Kleenex, Huggies and Coca-Cola. In her previous role as Vice President of Content & Media Solutions, Alberga founded the content publishing division and developed more than 12 new content advertising products, which produced a $7.5 million pipeline of incremental revenue within the first few months of launch.

Prior to joining Evite in 2008, Alberga was a marketing and aales Manager at TheKnot.com, formerly The Wedding Channel (TWC). She was instrumental in growing TWC’s local sales team’s national revenue by more than 3x. She also managed business development and marketing for the registry e-commerce team’s largest clients including Macy’s and Bloomingdale’s. Alberga began her career at Disney, working in its internal financial and operational consulting team, Global Business Services, where she analyzed business performance and streamlined the entire global contract management process into a unified system with consistent documentation.

Alberga grew up in the Bay Area with Portuguese roots, is a former triathlete and a worldwide adventure traveler, preferring to take the back roads rather than those well-traveled.