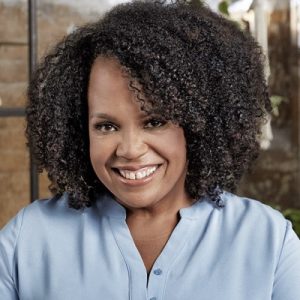 From humble beginnings in her Brooklyn kitchen, Founder of Carol’s Daughter, Inc., Lisa Price transformed her beloved hobby of mixing up fragrances and creams at home into a multi-million dollar beauty empire. With $100 in cash, her own kitchen, and the simple notion that people should follow their hearts, Lisa started building the collection that would become a beauty revolution. She began by selling her homespun beauty products at flea markets but then had to set up shop in her living room as demand increased. In August of 1994, Price officially established Carol’s Daughter (the company lovingly named after her mother). Initially starting out with a handful of steady customers, those numbers grew in leaps and bounds as women outside her neighborhood and circle of friends began to take notice. Almost overnight, celebrities became loyal customers. Soon after, those devoted celebrity fans segued into investors; a prominent group comprised of Thalia, Tommy Mottola, Will Smith, Jada Pinkett-Smith, Jay-Z, and Mary J. Blige. Today, Carol’s Daughter sells millions of dollars’ worth of haircare and skincare products, selling at CVS, Target, Walgreens, and Ulta nationwide. In addition, products continue to be sold on HSN, with Price at the helm on-air. As a culmination to the Carol’s Daughter business trajectory, Price sold her company to L’Oréal in November 2014. However, she remains devoted to the brand, going into the office every day, and continues to play an integral role in the product development process.